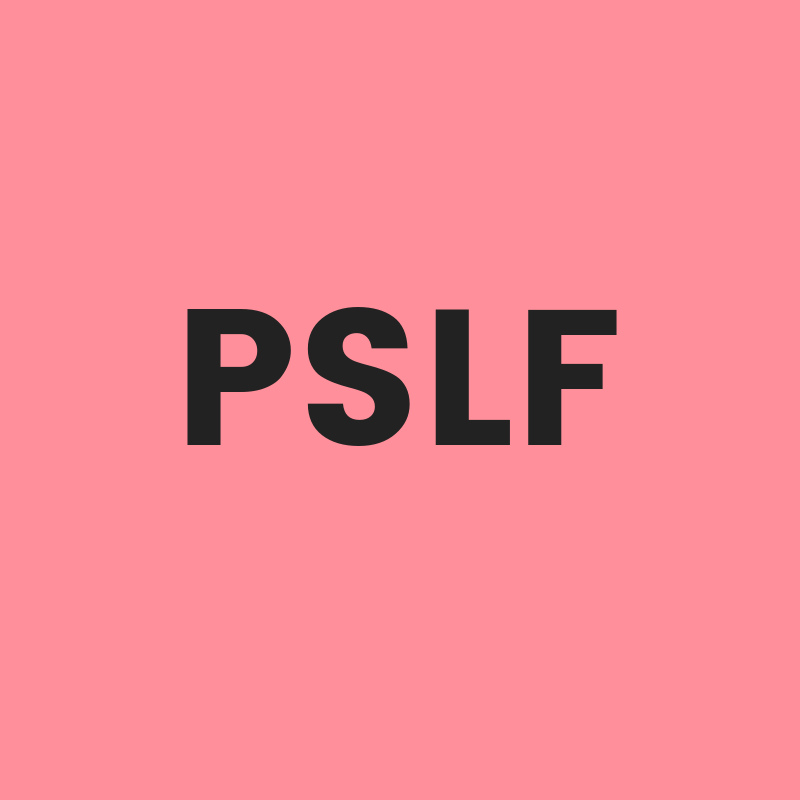 HOW TO NOT GET SCREWED BY PUBLIC SERVICE LOAN FORGIVENESS

Imagine that you are entering a contract. Let’s say for purposes of this example, you are going to paint the interior of someone’s home. The contract basically says you, the painter, have to perform your end of the contract. You have to paint the house. You have to buy the paint. All that good stuff. And you do so. And you work really hard and the house looks amazing and it look FOREVER but you are proud of your work. And then when you are all finished, the owner of the house says “Ehh, nevermind. For _______ reason, I’m not going to pay you. Nice job though, thanks for your service.”

Does that sound fair? No, obviously not. But that is exactly what Public Service Loan Forgiveness is like to me. I want to love it for all of the good things it promises, but I can’t because of the potential it has to completely screw people over.

For many student loan borrowers, PSLF is their only option. Perhaps the salary in your profession is grossly inadequate to pay for the six figures in student loan debt it cost to get the degree for your profession.  For example, maybe you went to law school and pursued a career as a public defender. You work hard every day and you are grossly underpaid for the service you provide. We need good public defenders. We need good prosecutors. That’s a big deal. And it is true for a host of other public sector jobs.

The Department of Education announced last Wednesday that 96 borrowers have received forgiveness of their student loans since the first borrowers became eligible in October 2017. That amounts to $5.52 million forgiven. Which sounds like a lot of money. But allow me to paint an accurate and horrifying picture for you. Over 28,000 people applied for forgiveness under PSLF since October 2017. 98 people have received it. In otherwords, far less than 1% of people who applied actually received forgiveness!

Why only 1% of applicants have received forgiveness under PSLF:

One thing is for sure, the PSLF program is PICKY. And that makes sense. Here are the top reasons why I believe most people have their loans forgiven. [Related: Everything you need to know about PSLF]

Applicants failed to fill out the requisite paperwork or filled it out incorrectly. Some people get rejected for failing to fill out the requisite paperwork or for filling it out incorrectly. Pay close attention to ensure your employer is filling out their section correctly in addition to paying close attention to make sure there are no errors in your section. Be sure you and your employer are filling out the Employment Certification Form each year. This will keep a paper trail to show that your employer qualifies for PSLF and help things go smoother the year that you finally become eligible.

Applicants had the wrong kind of loans. Some people applying for forgiveness have FFEL loans when Direct Loans are required. Direct loans weren’t as popular as FFEL in 2007, when the PSLF program was first introduced. Since direct loans are required in order to receive forgiveness under PSLF, it makes sense that if someone without direct loans applied, they’d be rejected from the program. FFEL loans were kind of the norm in 2007 and I’m guessing a lot of folks who applied for PSLF this year were turned down because they had FFEL loans instead of direct loans. Avoid this problem by making sure your loans qualify for PSLF. Tip: If you have FFEL (or Federal Perkins) loans, you can consolidate your student loans into a direct loan to still qualify for PSLF.

Applicants didn’t make the requisite 120 “qualifying” payments. Only payments made *after* October 1, 2007 qualify under PSLF. In addition, you HAVE to make your payments under one of the qualifying repayment plans: PAYE, REPAYE, IBR, ICR, or the Standard Repayment Plan. Payments made under any of the other plans don’t count, so make sure you are signed up for one of these plans to qualify. (As an aside, probably don’t sign up for the Standard Repayment plan– you’ll have higher monthly payments and less forgiven in the end). Pay attention to what plan you’re enrolled in and when you started making payments. I personally know several people who were denied forgiveness who thought they were making correct payments only to find out they weren’t signed up for the correct plan.

How you can avoid being denied student loan forgiveness under PSLF

So, what happens if you get to the end of your ten years or 120 payments and you find out that you are rejected from public service loan forgiveness? You have a couple of options depending on what repayment plan you signed up for. If you chose the standard repayment plan, you’ll simply keep making payments until your balance is $0 (which should be close given that the standard plan is 10 years and you’ll likely have been making payments for 10 years). If you chose one of the income driven repayment plans, you’ll keep making those minimum payments for 10-15 years depending on which plan you chose. At the end of those years, you’ll again have to cross your fingers and hope they’re actually forgiven. The huge bummer about the income driven plans versus public service loan forgiveness is that you have to pay taxes on the amount of your loans that is forgiven as if it were part of your taxable income the year they’re forgiven.

In the end, there is still a ton of uncertainty around public service loan forgiveness. And that’s why I personally chose to forgo public service loan forgiveness, even though I work in the public sector. Instead, I refinanced my student loans with a private lender and honestly, it has given me SO much peace of mind. You can check to see what kind of interest rates you qualify for (without impacting your credit score) by clicking here. Our interest rate after we refinanced was HALF of what it was under REPAYE! We decided to refinance after having Travis at the Student Loan Planner crunch our numbers to help us figure out which plan was best for us.

If you aren’t sure if you can afford your payments if you refinance your student loans, I definitely recommend contacting Travis. He’ll run your numbers for you and show you which of the all the repayment plans is best for you (PSLF, any of the income driven plans, refinancing, etc). Danny and I saved hundreds of thousands of dollars by contacting him! (literally. that is not an exaggeration sadly. Ha).

Are you seeking forgiveness with PSLF? What do you think about PSLF? I’d love to hear from you!

P.S. If you’re just getting started dealing with your debt, student loans or otherwise, check out my (free) Debt Payoff Starter Kit! It will help you create and crush your financial goals, prioritize your debt so you know what to pay off first to get out of debt FAST so that you can move on with your life (financially).